There are 100’s upon 1,000’s of golf courses all over the country. If you plan on travelling to visit some golf courses or even if you’re local to some, we’ve compiled the top 5 golf courses you’ll want to add to your bucket list! From breathtaking views to fantastic amenities, there is something for everyone. Let’s dive in!

Located in Southampton, New York Shinnecock Hills Golf Club is one of the most historically rich golf clubs in the United States, founded in 1891. This incorporated golf club was one of the founding 5 clubs that accepted members of the USGA.

Under the architectural work of McKim, Mead and White, the clubhouse, built in 1892, is one of the most historic and iconic clubhouses that you can visit. While the clubhouse has undergone several expansions, renovations and a full restoration (completed in 2016), it still withholds its original character and charm from a century ago. 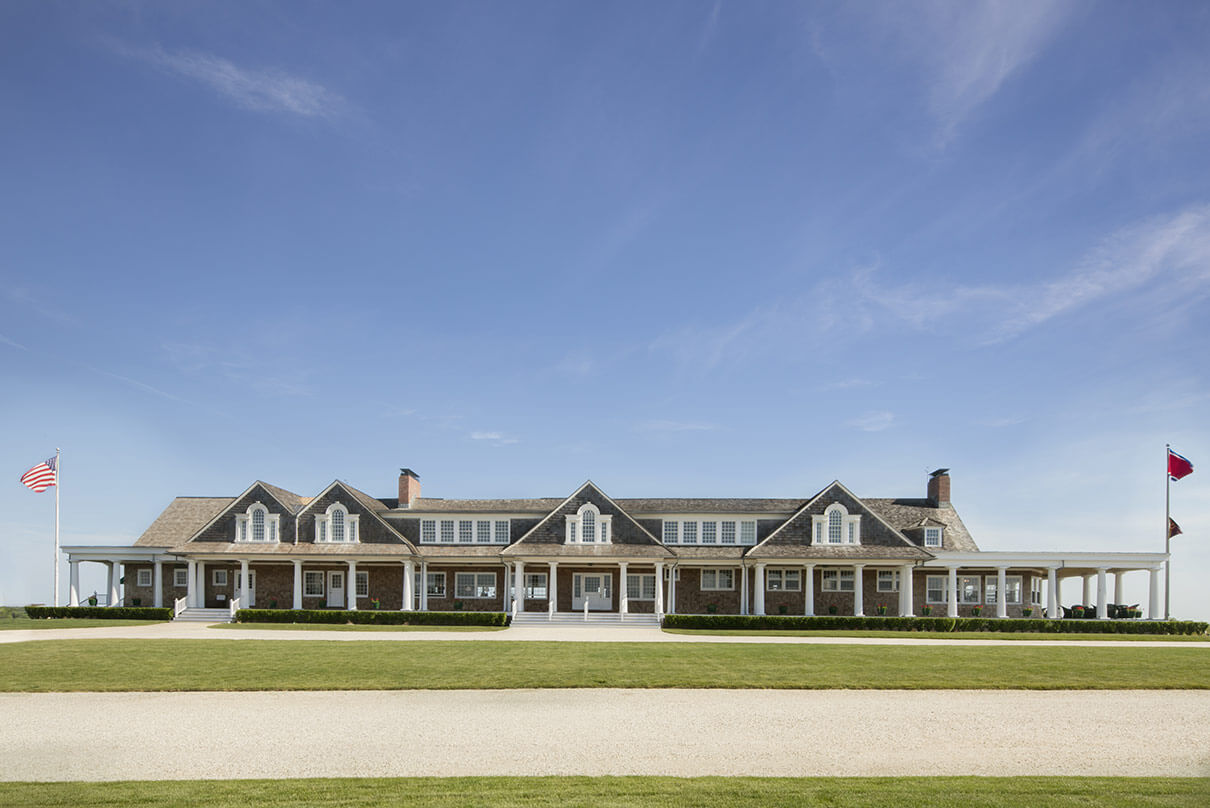 Designed by Willie David, the original 12-hole golf course underwent an expansion in the spring of 1895 to eighteen holes and had links revised 4 times before the course of present day was completed. The course as it is now was designed by William Flynn and under the direction and expertise of Dick Wilson Tommy and Flynn, built and opened for the 1931 season.

The design of Shinnecock as a whole is reminiscent of many courses that you would see on the British Isles and is laid out to utilize the topography of the Shinnecock Hills.

Recognized as one of the greatest courses of the world, since its beginning, this golf course has been used for many notable U.S.G.A events. Among these events has included:

Designed by Jones and Alister MacKenzie in 1933, the world-famous Augusta National Golf Club in Georgia is definitely one you’ll want to check out. 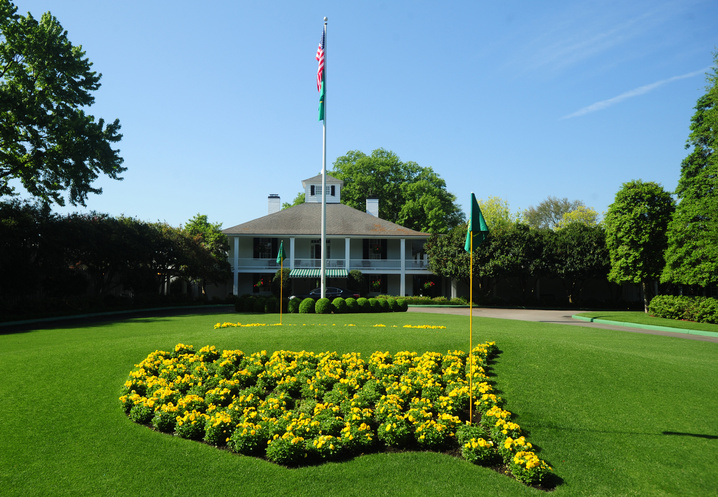 Since 1934, it has hosted theannual Masters Tournament, one of the four major championships in professional golf, and the only major played each year at the same course and has continuously ranked high on the lists of many reputable golf news/sports outlets such a Golf.Com, Golf Digest and GolfLink.com.

This golf course/club is widely known for its historic architectural features. One of Augusta National Golf Clubs most well known landmarks is the Eisenhower Cabin. Being one of ten cabins on the Augusta National property, it was built by the club's membership for Dwight D. Eisenhower (a member of the club) after he was elected as President Of The United States in 1952. Adorned by an eagle above the front porch, the cabin was designed and built according to the Secret Service’s guidelines of security. Safety first! 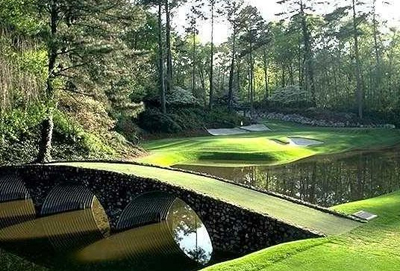 Rae's Creek flows across the southeastern corner of the Augusta National course and it runs along the back of the 11th green, in front of the 12th green, and ahead of the 13th tee (the lowest point of elevation on the course). The Hogan and Nelson Bridges cross the creek after the 12th and 13th tee boxes, respectively. The creek was named after former property owner John Rae, who died in 1789. So peaceful and absolutely beautiful! 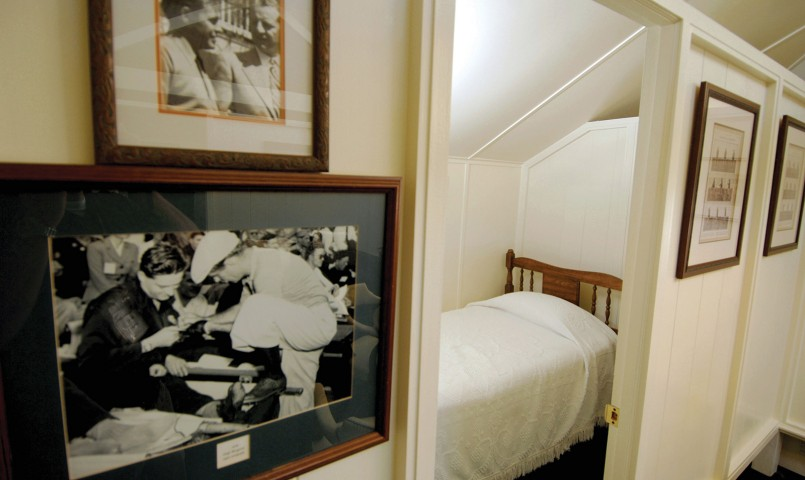 For amateurs who are looking to be housed during the Masters tournament, the iconic “Crows Nest” gives living space for up to 5 individuals. The Crows Nest is a perfectly sized cupola that features windows throughout and consists of one room with dividers and partitions that gives one cubicle with two beds and 3 cubicles with one bed each. You will also enjoy a full bathroom (with one additional sink), a sitting area with chairs, sofas, TV’s, telephones and a game table. Scattered throughout the Nest are walls lined with golf scenes and sketches/photos of past Masters.

Augusta National Golf Club is also home of many past and present members including Arnold Palmer, Bill Gates, Sam Nunn, Jack Nicklaus, Warren Buffet, Melvin Laird and of course, Dwight D. Eisenhower, in addition to so many more! 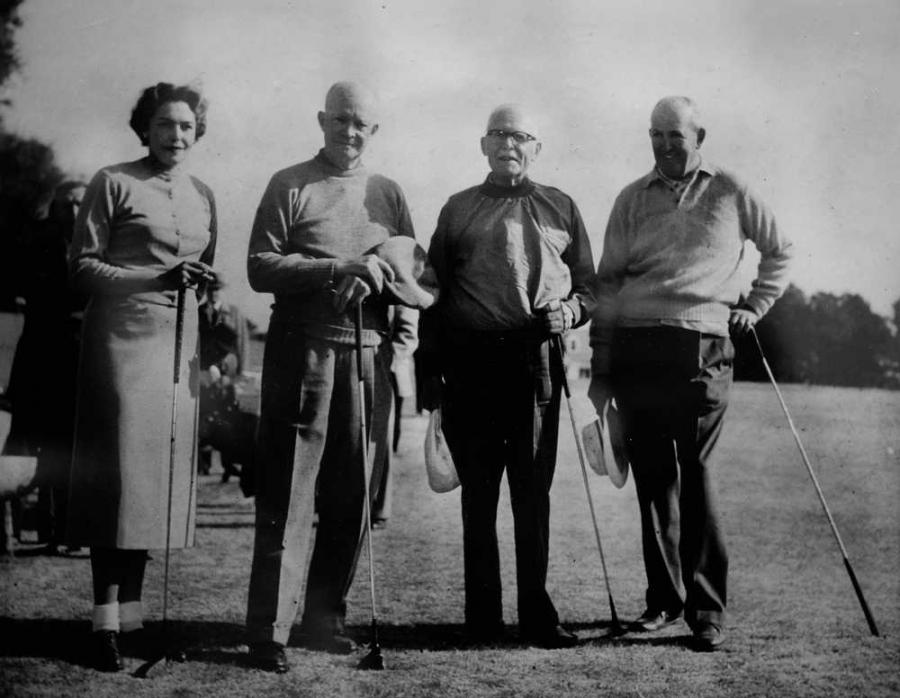 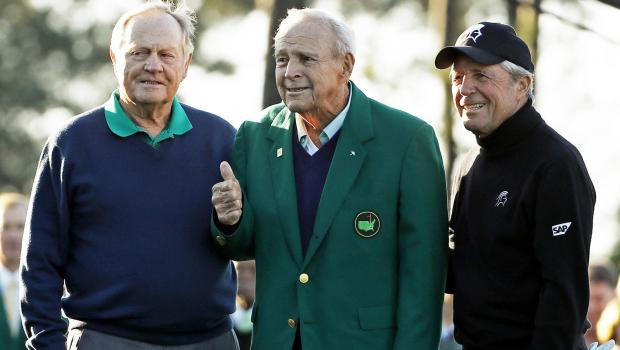 This is a course to visit! There are very few venues in the golf world that carry the championship tradition of Oakmont. Designed by Henry Fownes in 1903, the Oakmont Country Club has hosted more major championships than any other course in the United States thus far. This includes two U.S. Women’s Opens, three PGA Championships, Five U.S. Amateurs and eight (yes, you read that right!) United States Opens.

Established in 1903, Oakmont Country Club located in the suburbs of Pittsburgh (Western Pennsylvania) is a course that has not only been named as the “oldest top-ranking golf course in the United States.”, but was also designated as a National Historic Landmark in 1987.

*Fun Fact: The Pennsylvania Turnpike separates seven holes (2-8) from the rest of the course*

The Oakmont Country Club has consistently been ranked as one of the five best by Golf Digest Greatest Golf Courses In America. Oakmont was bumped up to 5th by the magazine in 2007. It has been one of the only very few courses that have ranked every year in the top ten of publications history. And while it is one of the most beautiful, it is also one of the toughest courses to master: The Top 50 Toughest Courses ranks Oakmont at number 5 out of 12 and GolfLink.com ranking it at #3 overall. 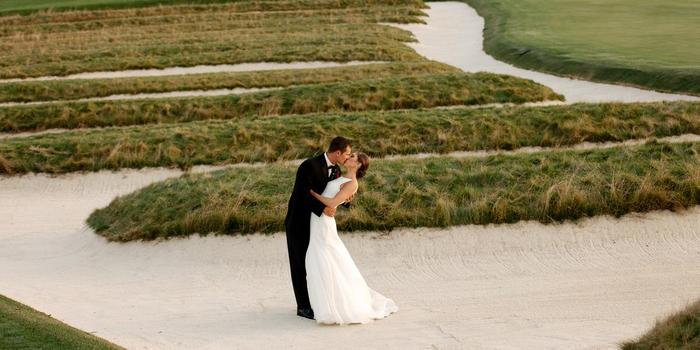 Aside from boasting beautiful views and challenging golf games, Oakmont Country Club is well known for its event hosting. From charity benefits/banquets to weddings, they are happy to accommodate even the most picky brides! From the ballroom to the Fownes Room, even to the iconic porch that overlooks the golf course, Oakmont is sure to please. 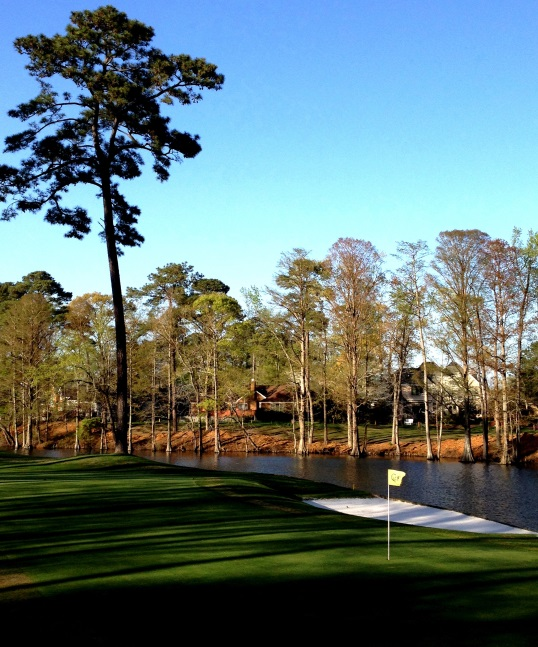 If you’re looking to get away and enjoy golf and a delicious meal, look no further! Located in the beautiful Virginia Beach, Virginia, Cypress Point Country Club has exactly what you’re looking for.

Designed in 1928 by golf course designer Alister MacKenzie in collaboration with fellow golf course architect Robert Hunter, Cypress Point Country Club is nestled in a quiet, out-of-the-way portion of Sajo Farm and adjoins Lake Lawson and Lake Smith, so you’re sure to have some beautiful views!

This course is excellent for anyone who wants to “get away” for a while. With “tee times” starting at 7am, you’ll enjoy a lovely day of golf in peace and quiet. Don’t forget to stop by the private Grill for a delicious meal! 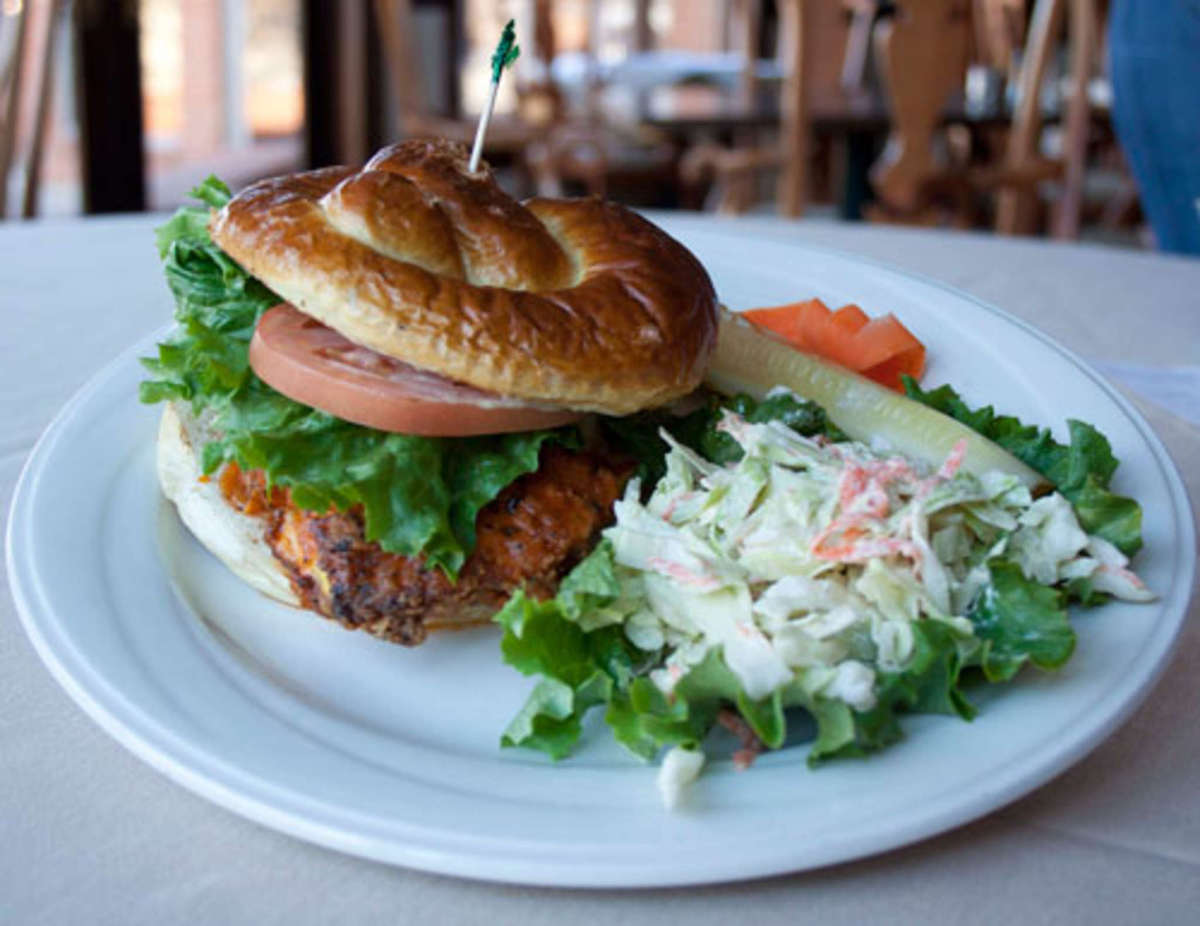 Cypress Point Country Club is well known for its 18-hole course which features 6,612 yards of golf from the longest tees for a par of 72. The course rating is 71.5 and it has a slope rating of 124, providing a test for even the most seasoned golfers. This is a course you’ll want to add to the list!

The Old Course At St.Andrews 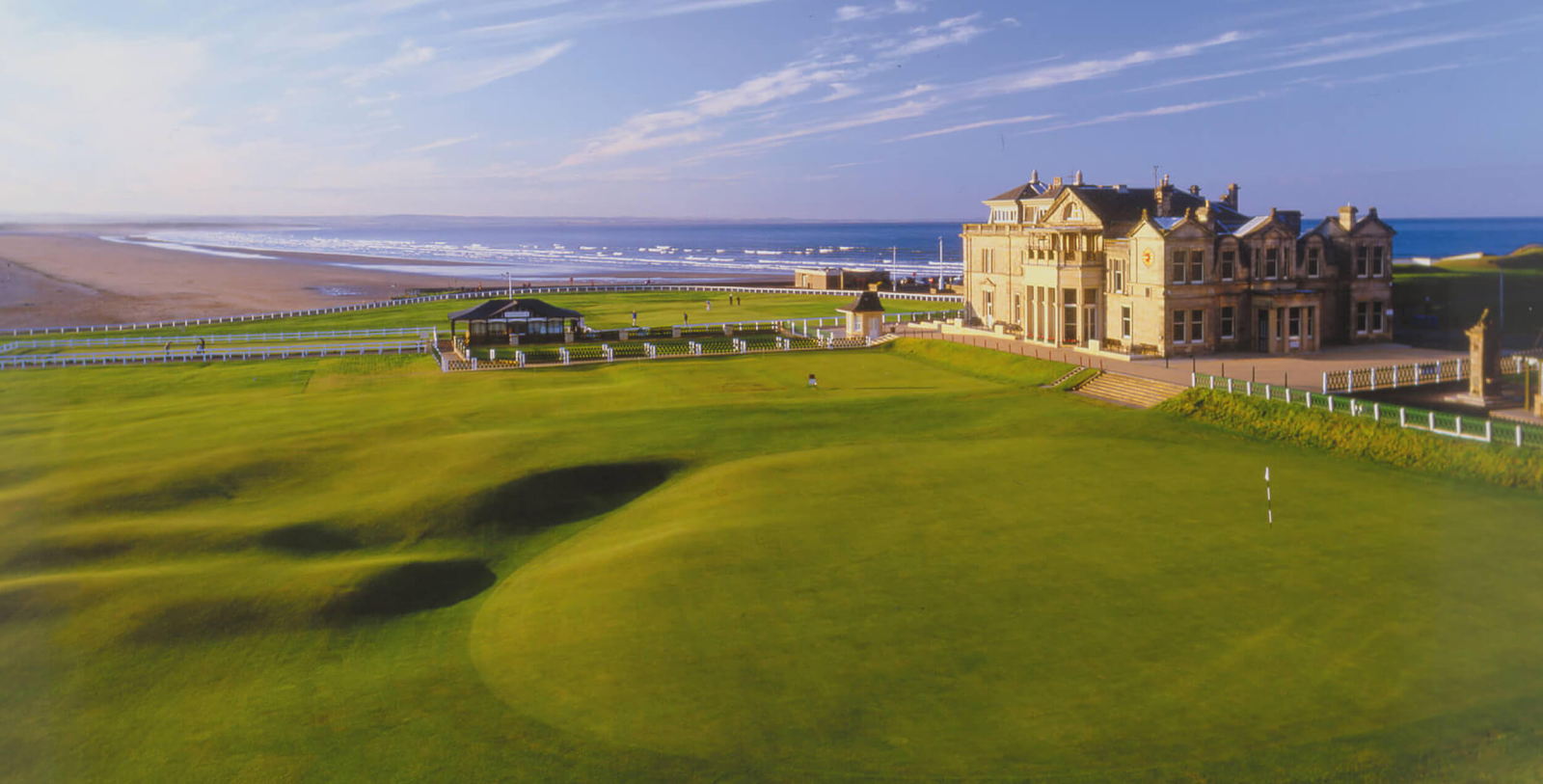 Over the course of 600 years, just like the game of golf has evolved, so has the Old Course At St.Andrews. With some of the most breathtaking views and over seven public courses, hundreds of thousands rounds of golf are played, in addition to professional tournaments. 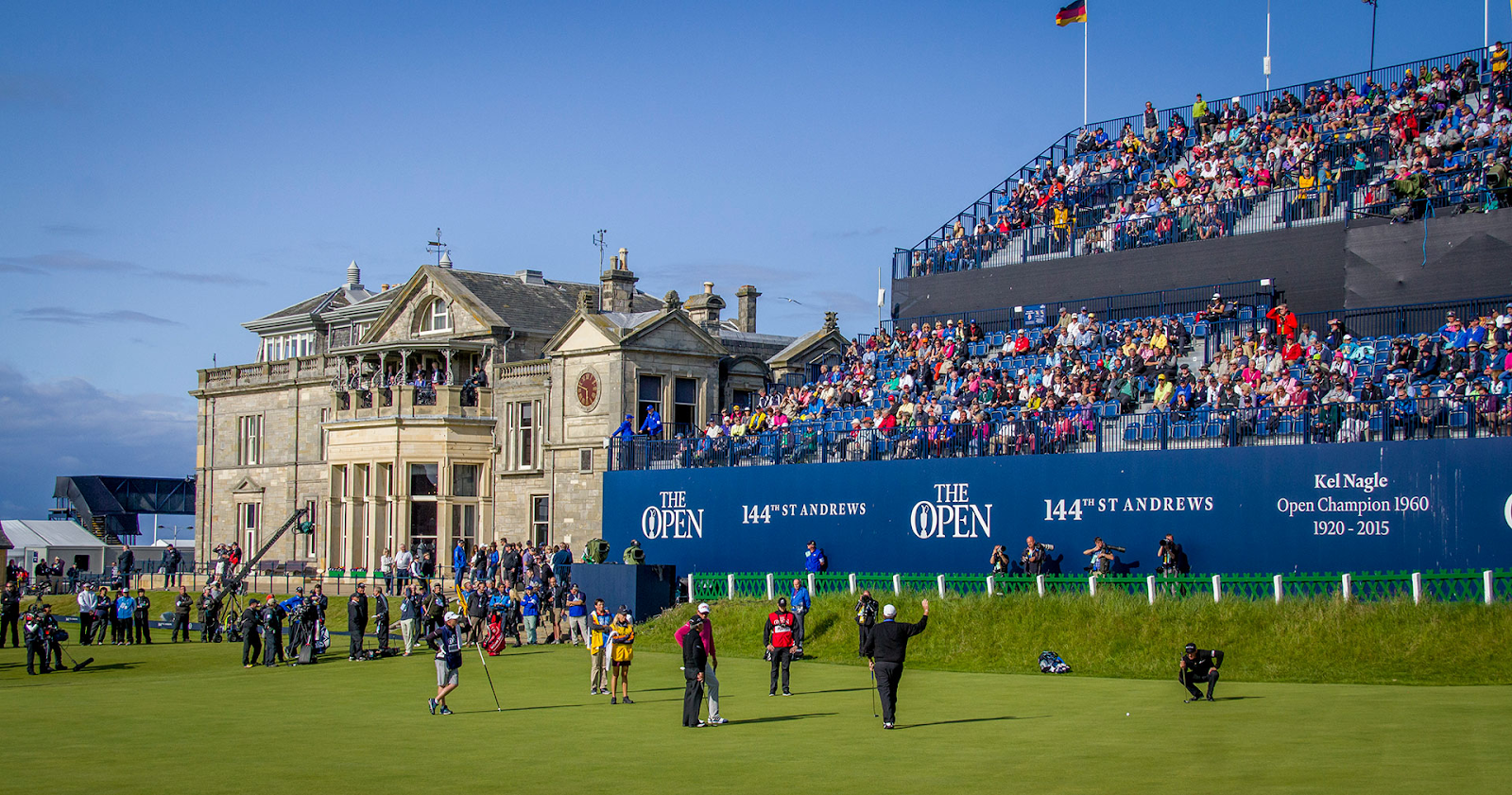 St. Andrews Links Trust also manages many additional facilities including golf shops (including the Tom Morris Shop, the oldest golf shop in the whole world), clubhouses and a golf academy. St. Andrews is likely the most diverse business and delivers exceptional experiences for EVERYONE with their close attention to teamwork and detail. They are also one of the largest employers in St. Andrews, Scotland. Their love for the people goes unmatched.

Historic records show that golf has been played over 600 years at St. Andrews, however, many believe the game's origins there date back to the 12th Century. They offer guided walks of the course where you will learn about the history and enjoy a players-eye view of the links, all while walking in the footprints of so many icons. Oh, and don’t forget your complimentary Callaway golf ball at the shop!

Something so unique about the Old Course At St.Andrews, is that they are charitable and offer FREE golf to the children of the town through their Junior Golf program, SALJGA (St Andrews Links Junior Golf Association). 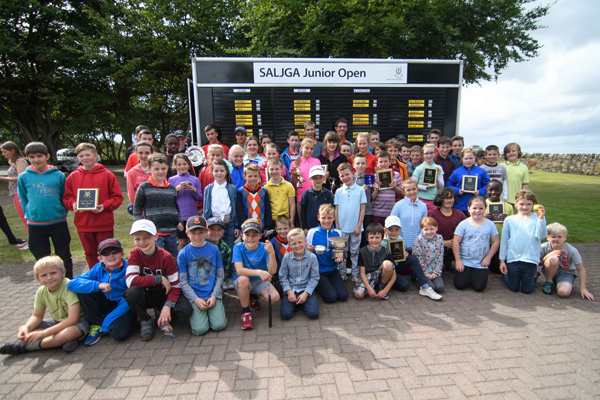 St. Andrews Links operates by 6 core values which are so evidently present:

So appropriately called “The Home Of Golf”, with every single person who walks onto the course an integral part of its history, the Old Course At St. Andrews is truly a beautiful landmark, both unique and unparalleled, it’s one golf course (or should we say, a ‘golf experience’), that everyone should get to visit at least once in their lifetime!

We hope you enjoyed exploring the top 5 golf courses with us. With so many places to visit, what will be your next destination?!

For more Resources and FAQ’s, check out our website: GolfCartGarage.com.


What would you like to hear about next? Email us with your suggestions at Support@GolfCartGarage.Com