Behind the golf cart that you drive everyday, that has all those fancy  Golf Cart Accessories, is a long interesting history. This history started with 2 wheels and dream . It is something that we do not often think about on a day to day basis, but is something that a lot of folks want to know about. Here, we are going to talk all about the early history of the golf cart, all the way up to the golf carts current history. Not your average everyday history lesson! We won't even make you put your gum on the end of your nose. 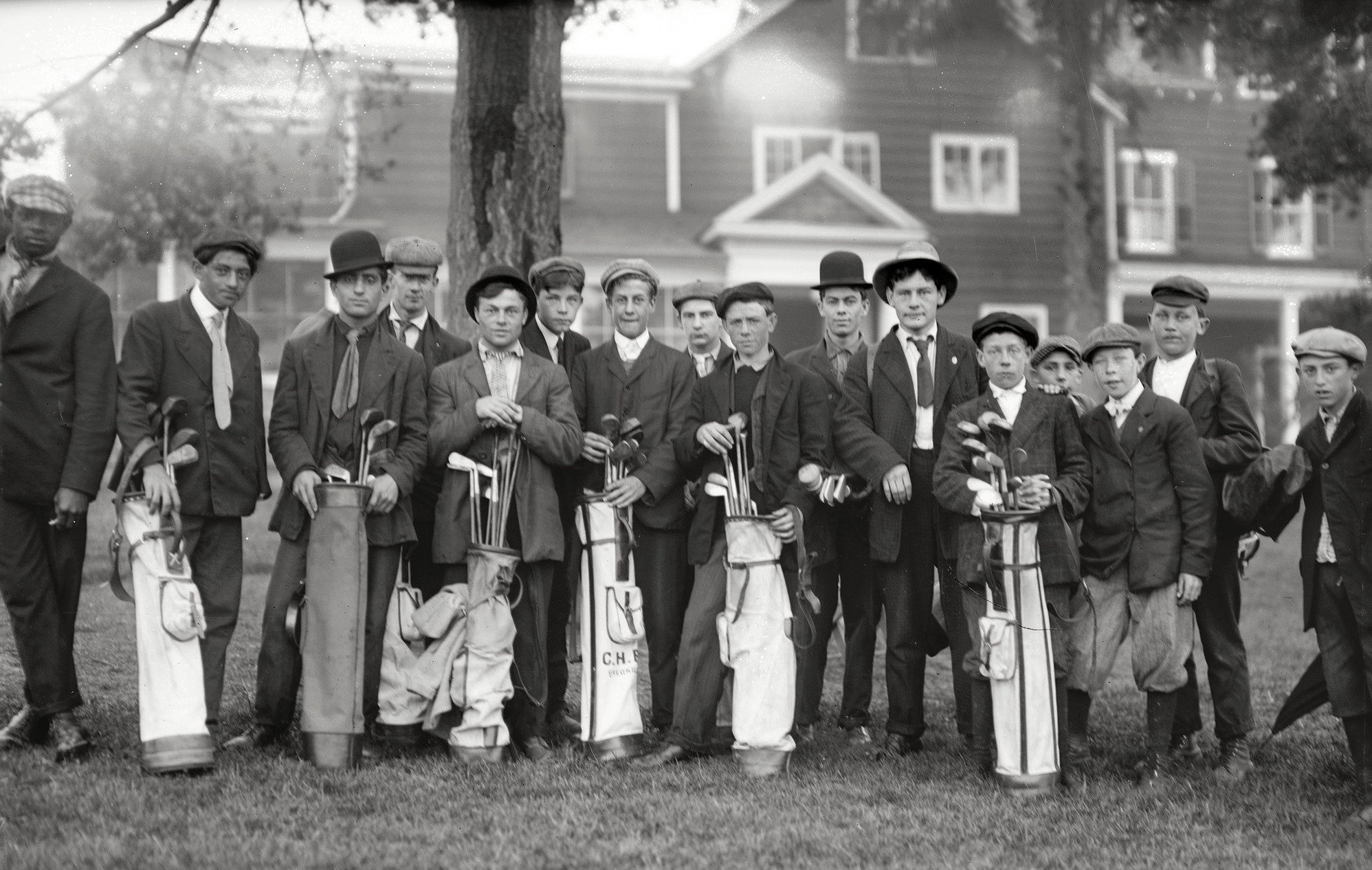 The popularity and widespread acceptance of the golf cart really did not start to pick up until about two decades after the very first golf cart was manufactured. Many manufacturers and developers started to jump on the band-wagon as golf carts started to gain traction and a wide variety of models started to pop up all over the place. Golf carts have undergone many significant changes over the years and to-date, thousands of folks all over the world depend on their golf cart, not just to carry them around the golf course from hole to hole with equipment in tow, but also, they are used as a primary means of transportation. Not just for golf anymore, the golf cart has a multitude of uses and will always transport you in comfort and style. 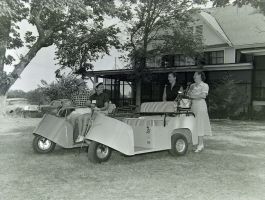 15th century Scotland, the home of the modern sport of golf. For hundreds of years, the the course (The Golf Course At St.Andrews) was walked traditionally by many golfers, with caddies towing behind, carrying there equipment and clubs. Tradition is of the upmost importance in the game of golf (in every aspect), so very little changes were made, until the start of the 20th century. With the industrial revolution in full swing, innovations to make the players lives easier were in the works and starting to make their debut. Although some folks would disagree with these innovations, the popular vote took precedence and the first golf cart was born.


In 1932, Lyman Beecher of Clearwater, Florida would invent a cart for golfers that was pulled by two caddies, much like a rickshaw. Lyman Beecher used this cart at the Biltmore Forest Country Club in Asheville, North Carolina, as his health was declining / poor and it was difficult for him to walk the courses that were more hilly.


During this same time, a couple of states away, a business man from Arkansas, John Keener Wadley (or J.K. for short) took note of the three-wheeled electric carts that were being utilized to transport elderly folks to shops and grocery stores. John Keener is said to have bought one of those wheelchairs to be used for golfing.


Unbeknownst to Lyman Beecher, John Wadleys use of the electric cart would remain unknown as he started to work on a modified version of his original rickshaw-style cart. He put two more wheels on the front and an engine that was battery-operated. However, it was not efficient and it required the use of six car batteries to be able to complete a whole round of golf (on an 18-holf course).


Many other electric golf carts were manufactured and designed in the 1930's and 1940's, but there would be none that would be widely accepted. In a lot of cases, they ended up being used for the handicapped or elderly people who were looking to enjoy the sport. During this time, most golfers still remained happy using two feet to walk the course with caddies in tow.

"The Decades Of Prosperity"

Golf cart use made a surge in the industry starting in the 1950's by none other than the oil tycoon from Texas, R.J. Jackson. R.J. Jackson received a U.S. patent for the three-wheeled, gasoline powered cart that would be dubbed the "Arthritis Special". This cart was marketed mostly towards seriously ill, older or handicapped golfers. The sales on this three-wheeled cart were great at first, but would take a dive later on. Jackson was informed that the cart he had designed was banned from golf courses all over the country as it was said to be too loud / noisy and created too much smoke.


In comes, what we know today as the "Marketeer". The Marketeer was founded by Merle Williams of Redlands, California. In 1951, Marketeer started to manufacture what is considered the very first electric cart that was designed specifically for golf. Fast forward to the end of the decade, many companies began to emerge to compete in this new-found industry. These carts however were expensive and very few people were able to afford them. At this point, most golf courses still did not allow electric golf carts on the green and if they did, it generally required a note from a doctor.


However, soon after, country clubs and golf courses all over the place got with the program and really began to realize the potential revenue it would bring them, should they allow the use of electric golf carts on there courses. From then on, more and more, golf courses and country clubs began renting golf carts to players who were not able to afford to buy one of their own. At the end of the decade, a bunch of new companies began to emerge to compete with Marketeer and a few of the most popular of these early golf carts (and still today) are:

E-Z-GO: In 1954 EZ GO golf cars were introduced by Billie and Beverly Dolan of Augusta, Georgia. First made in a small machine shop, the company has since moved up throughout the years to boast a huge state-of-the-art facility and they remain one of the most popular / top golf cart manufacturer in the world today.


Club Car: Club Car was not always Club Car. It was first known as Landreath Machine, a Dallas, Texas based company. Later, it would be purchased by Bill Stevens of Augusta, Georgia (notice a trend here?) and moved from Texas to Georgia, where over the years, it would become one of the most popular golf cart brands in the industry. So popular, that the city's mayor would decree a day called "Club Car Day In Augusta".


Yamaha: Believe it or not, the Yamaha name dates allllll the way back to 1887. Yes, you read that right! Now, the Yamaha golf cart itself does not date back to that time, but rather the life of the Yamaha golf car begins in 1978. This is when the Yamaha G1 debuted on the market and it worked via a 2-cycle gas engine. In 1979, Yamaha introduced their first electrical golf cart model, also called the G1. Yamaha golf cars continue to be an innovative manufacturer.

Although the base design of the golf cart has not really changed all that much, the golf cart manufacturing industry continues to grow and has accelerated itself to boast innovative technology, designs and all-around awesome vehicles that can be easily turned into anything you want, or made to look a certain way. Fully customizable brand new golf carts give you the option to choose everything, even down to the color of the seats. There are so many golf car upgrades and golf cart modifications that you can do now that, the possibilities are truly endless.


Club Car golf cars, EZ GO golf cars and Yamaha Golf Carts are now used for a multitude of reasons, not just for golf. Many golf cart communities like The Villages Florida, Peachtree City Georgia and Sun City Arizona are just a few great examples of golf cart enriched communities that are connected by a network of golf cart dedicated paths.


We have many other Resources available that we would love for you to check out! Don't forget to check us out on Facebook!

Golf Cart Upgrades & Accessories That Will Make Your Friends Jealous